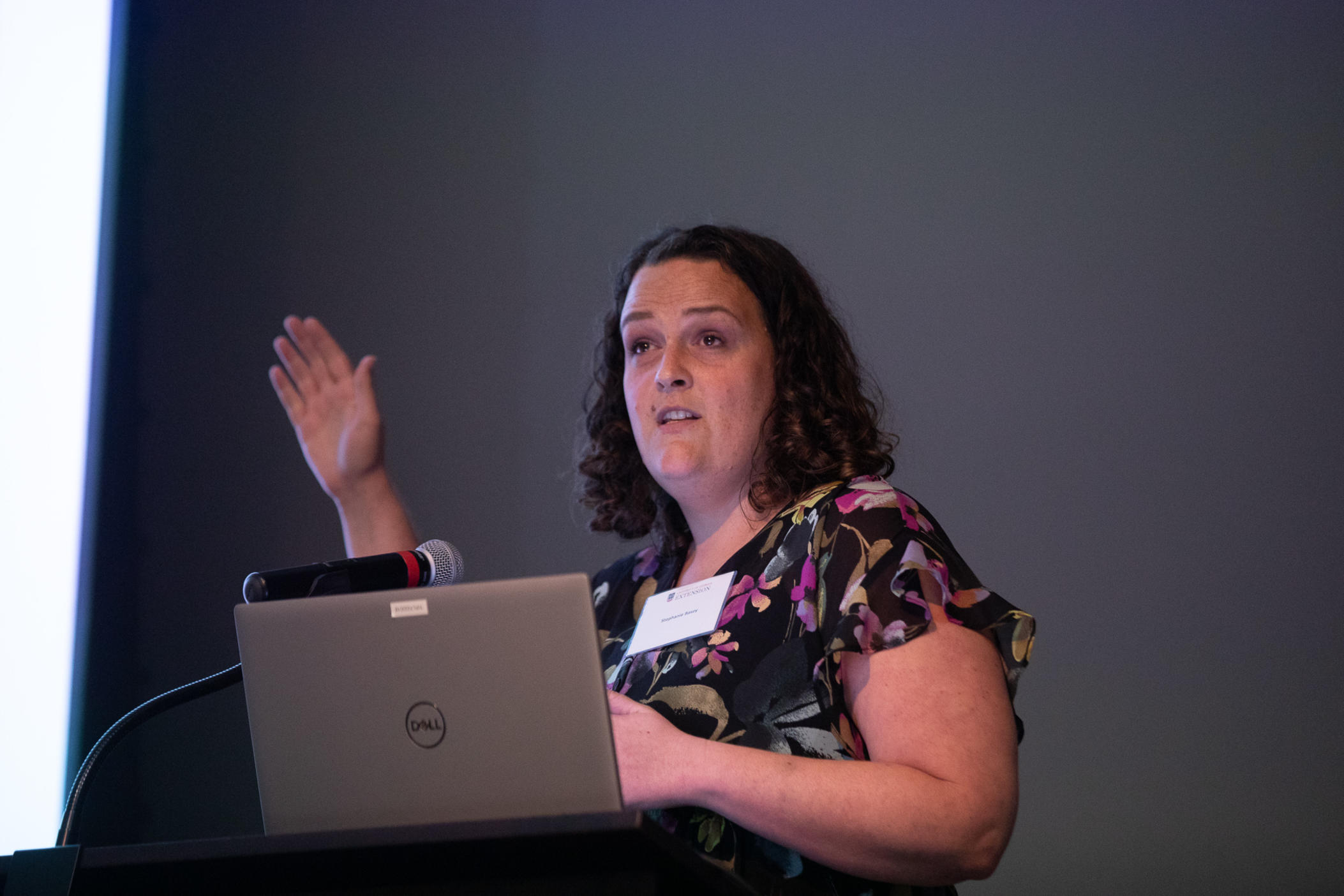 ©Riley Bunch/GPB News: Stephanie Basey, a doctoral student at Mercer University School of Medicine, presents findings on the mental health of Georgia's farmers at a summit in Tifton on May 18. Industry experts seek to get resources to farmers, who don't always know where to turn for help.
Partner News

Georgia Public Broadcasting (GPB), August 9, 2022, by Riley Bunch: Christina Proctor spent many hours during her childhood on the front porches of neighborhood farms in Madison County.

She had a rough upbringing, she said, and lived in a house scarred by substance abuse.

“But we lived on this road that was surrounded by farmers,” Proctor recalled. “So if anything was going on in my house, I would walk across the street and sit on my neighbor’s front porch, who was a farmer, just to get away from it all.”

Now a clinical assistant professor at the University of Georgia studying rural substance abuse and mental health, she’s revisiting Georgia’s agriculture community for a different reason: to get the farmers she relied on for support to talk about their own mental health challenges.

Proctor and her team spent time conducting in-depth interviews with 15 farmers across 10 counties. It’s a task that, initially, some questioned whether it could be done.

“When I first proposed this, people laughed at me,” she said. “They were like, ‘You want to go sit down with farmers and talk about mental health and substance use? No one’s going to talk to you.’”

Farmers have silently struggled with their mental health for years. Are they ready to talk?
How Georgia’s new mental health law works