Author, Epitaphs for the Living: Words and Images in the Time of Aids Location: Atlanta, Georgia, United States

Billy can offer guidance on covering teen mental health as well as photography and photo ethics.

His work was exhibited with the Smithsonian Institution during the 2012 Folklife Festival and in Milan, Italy in an exhibit with Vogue Italia. His photographs are in the permanent collections of The Library of Congress, the High Museum of Art, The Carter Presidential Center and The Centers for Disease Control and Prevention. His work has been featured on “Good Morning America”, “CBS This Morning”, NPR’s “Performance Today”, in the HBO special “And the Band Played On”, and the TBS special “The Coming Plague”.

His photographs were projected on the stadium screen during the opening ceremonies of the 1996 Olympic Games in a tribute to Dr. Martin Luther King, Jr. His photographs are featured in the book The Unfinished Presidency: Jimmy Carter’s Journey Beyond the White House by Douglas Brinkley and in the book Pandemic: Facing AIDS with an introduction by Kofi Anan, edited by Rory Kennedy.

He has photographed in Africa, Latin America, Europe, India, the Middle East and Asia for corporations, government agencies and non-profits and travels nationally for a diverse range of clients.

Howard was an artist in residence at the National School of Photography in France, has lectured throughout Japan, was a Distinquished Lecturer at The University of Texas at Austin and the University of the Arts in Philadelphia.

He has received grants from the National Endowment for the Arts, The Southern Arts Federation, the Georgia Council for the Arts, The City of Atlanta, Fulton County, and The Lubo Fund. He received an Honorary Doctor of Literature Degree from St. Andrews College in North Carolina in 1996.

His work documenting HIV/AIDS has been acquired by Emory University’s Stuart A. Rose Manuscripts, Archives, and Rare Book Library. 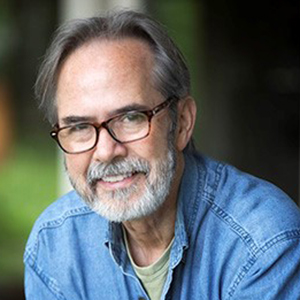 Book A Session with Billy Howard

You must be a journalist to book a seesion with our mentors. Please view our FAQs for mentorship for more info.

Project: Documenting the lives and experiences of teens who have received a mental health diagnosis and have actively participated in efforts to manage their illness.