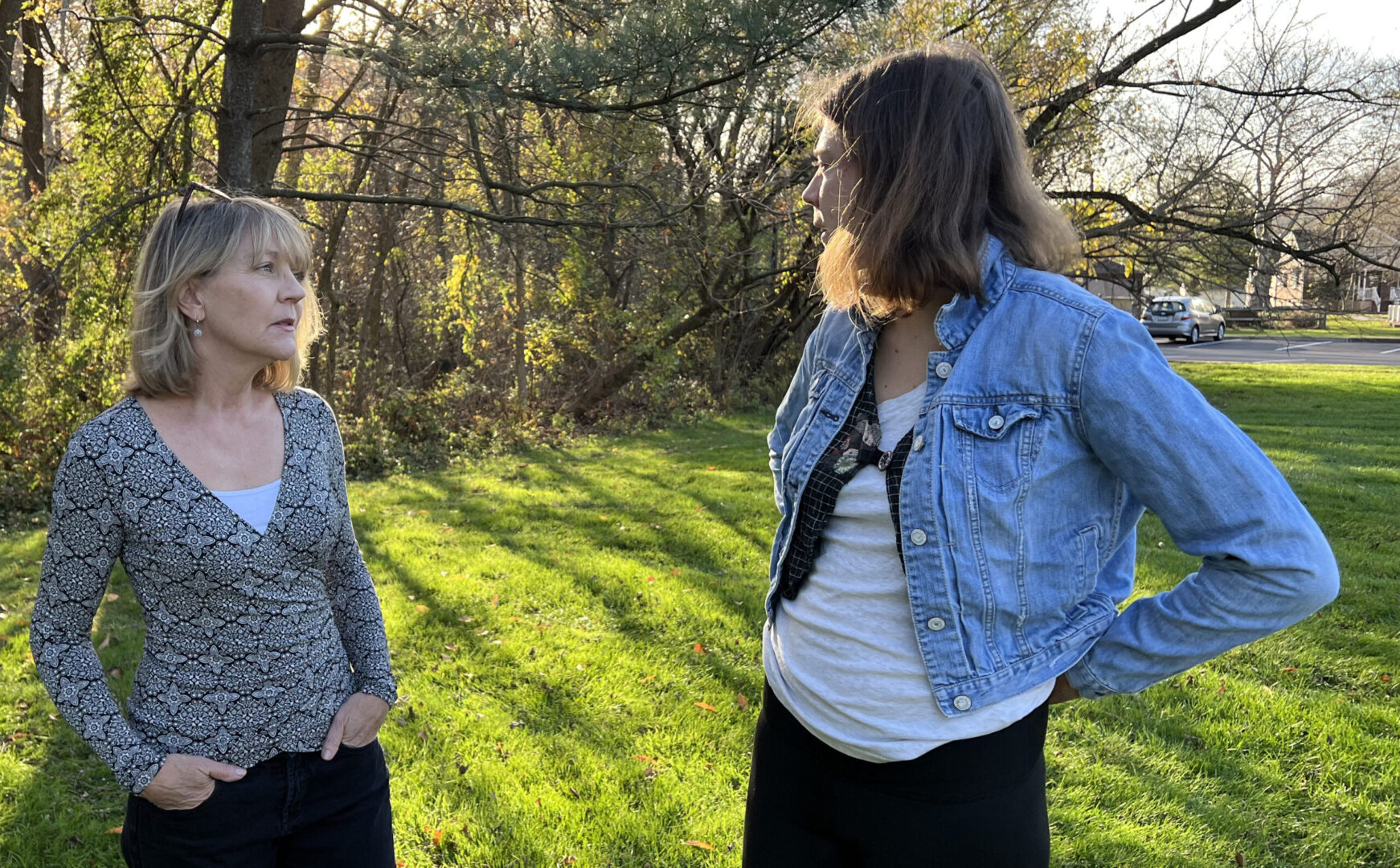 ©WITF: Martha Stringer, at left, talks with her daughter Kimberly Stringer, at right. The Stringers have filed a lawsuit against Bucks County Correctional Facility employees after Kimberly was pepper-sprayed and restrained while detained there while suffering from a mental health condition.
Partner News

WITF, by Brett Sholtis, November 14, 2022: As a note of disclosure, WITF and the Reporters Committee for Freedom of the Press are challenging in court Bucks County’s refusal to release a video of an incident involving Kimberly Stringer while she was in Bucks County Correctional Facility.

Months before her arrest in April 2020, Kimberly Stringer had stopped showing up to get her regular injection of an antipsychotic drug. An artistic person, Stringer once planned to go to design school before a mental illness hijacked her life. For the past year, her medication had staved off the paranoia and disordered thinking that were symptoms of her illness. As the drug left her system, those fears and preoccupations returned.

Though her parents pleaded with her to take her medication, state law prevented psychiatrists from helping Stringer without her consent. But when Stringer’s neighbor called 911, saying she had punched him, police arrested her.

Stringer was in Bucks County Correctional Facility for more than 70 days awaiting trial. While there, her parents couldn’t reach her, because Stringer, who at one point was lying naked in her cell covered in excrement, didn’t say she wanted to talk with them. At the same time, when Stringer failed to follow orders, corrections officers pepper-sprayed her and put her in a restraint chair.

“I was kind of, I guess, frozen,” Stringer said during a recent interview with WITF, describing her catatonic mental state at the time. “They sprayed under the crack of the door, and the pepper spray just blew up in my face. That was actually painful. I don’t know how to explain it. It was abusive.”

Aspects of Stringer’s story are common across Pennsylvania. WITF found that nearly one-third of so-called “use of force” incidents with pepper spray, stun guns and other distressing methods of control involved a person with a serious mental health issue. That’s according to data WITF analyzed from 25 county jails during three months last year.