Amidst a lack of mental health services, the ‘Living Room’ approach aims to plug gaps 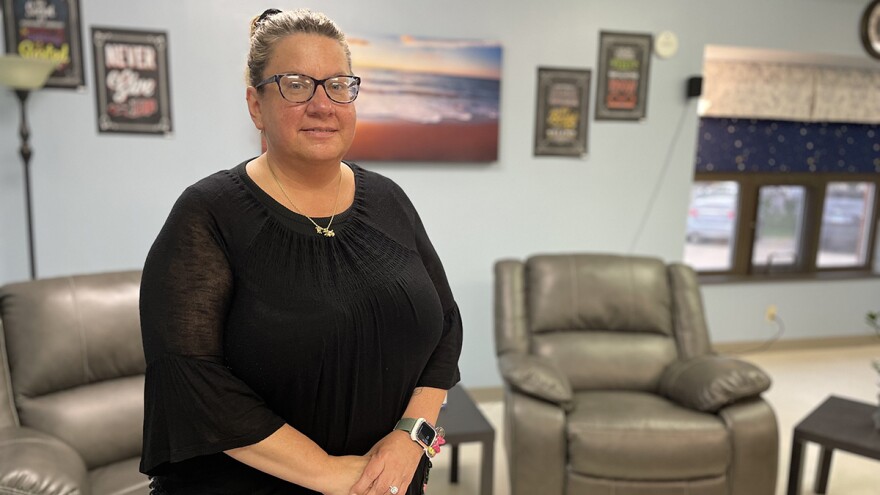 Side Effects Public Media, July 13, 2022, by Carter Barrett: After a bad breakup, 19-year-old Benjamin Kowalczyk said everything felt like it was crumbling around him. He dropped out of college, and felt himself getting angry with his family.

“I had fallen into a bad depression state,” said Kowalczyk, who lives outside Chicago. “So, you know, at that point, I realized, like, I need to get back into therapy. And I need to do something about my mental health because it’s declining very quickly.”

He worried it would take too long to see his old therapist. Kowalczyk’s mom called around, and was told about Forever Hope, a “Living Room” in Chicago operated by Thresholds, a community-based mental health provider.

Kowalczyk had never heard of a Living Room — places designed as an alternative to emergency rooms, where people having suicidal or homicidal thoughts, panic attacks, severe depression, or struggling with substance use can easily find help. There are nearly two dozen Living Rooms scattered across Illinois – and at least a dozen other states have similar models – all aiming to give people in crisis a safe, comfortable place to go.

Kowalczyk and his mother made the half-hour drive and spent about 30 minutes with one of Forever Hope’s counselors. In their follow-up meetings, the counselor helped him find a therapist and psychiatrist.

“It was just such an enlightening experience going there for the first time. It made me feel like I actually had somewhere safe to go,” said Kowalczyk, who says he’s doing a lot better today. He still goes to the Forever Hope once or twice a week, in addition to therapy.

In Illinois, providers hope the Living Room model will help fill the gap in mental health services, as the nation’s new mental health crisis number, 988, rolls out this month. The three-digit version of the National Suicide Prevention Lifeline launches July 16 and aims to make it easier for people in crisis to connect with trained counselors.