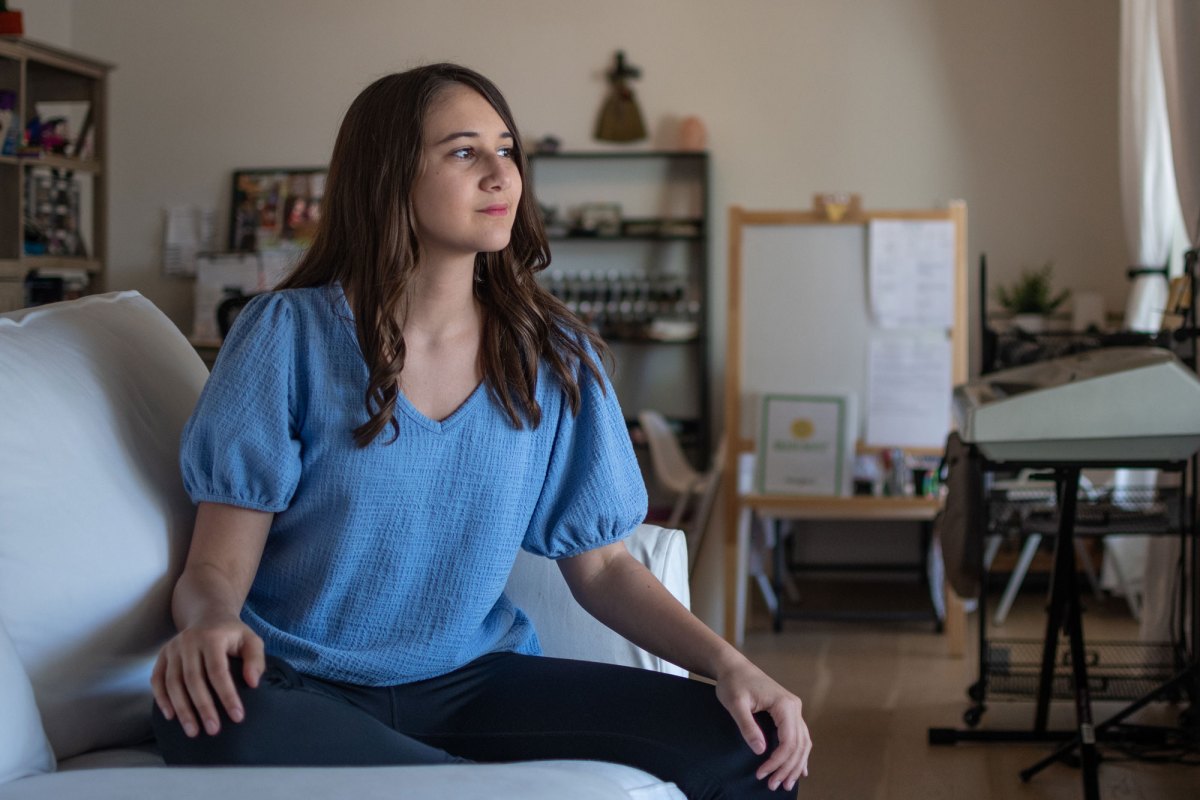 ©Isaac Stone Simonelli | AZCIR: Zoe Edelstein, 13, poses for a photo in her family's home in Phoenix on July 17, 2022. Edelstein switched to online learning because she experienced severe anxiety after returning to in-person learning this past school year.
Partner News

The Phoenix student, who’d been living with anxiety and panic disorder since early elementary school, had started in-person at a new campus in spring 2021 after a year of remote learning during the pandemic. Returning to the classroom and being surrounded by unfamiliar faces was “overwhelming,” she said.

Sitting in class at the charter school, the then-12-year-old would begin to feel a weight pressing on her chest as it became increasingly difficult to breathe. She’d start to hyperventilate until she was on the verge of passing out, a cold sweat coating her body. Her head would begin to pound as her body shook so badly she felt like her brain was rattling.

Though Edelstein sometimes leaned on her teachers in those moments, she said she largely handled the attacks on her own, given the absence of campus mental health professionals trained to help with conditions like hers. She often fled to the bathroom or the school’s designated calming space—a corner furnished with pillows and blankets where tranquil music played in the background—to try to control her breathing, a process that sometimes took an hour or more.

“There … wasn’t really a solid person to speak to. It was just a space you could go to,” she said of the school’s solution. “I always appreciate having somebody that I trust that I can confide in.”

Ultimately, the lack of dedicated, on-site mental health support played a role in her decision to make the switch to online school this fall.

Arizona students like Edelstein have long been among the worst-off in the nation when it comes to unaddressed mental health problems: The state ranks at or near the bottom on several key indicators of youth well-being, such as the percentage of kids with untreated depression. According to Mental Health America, about 98,000 Arizona youth experienced a major depressive episode during the school year preceding the pandemic, yet nearly 67,000 of them did not get the help they needed.

Amidst a lack of mental health services, the ‘Living Room’ approach aims to plug gaps
For trans youth in North Texas, finding affirming mental health care can be a challenge