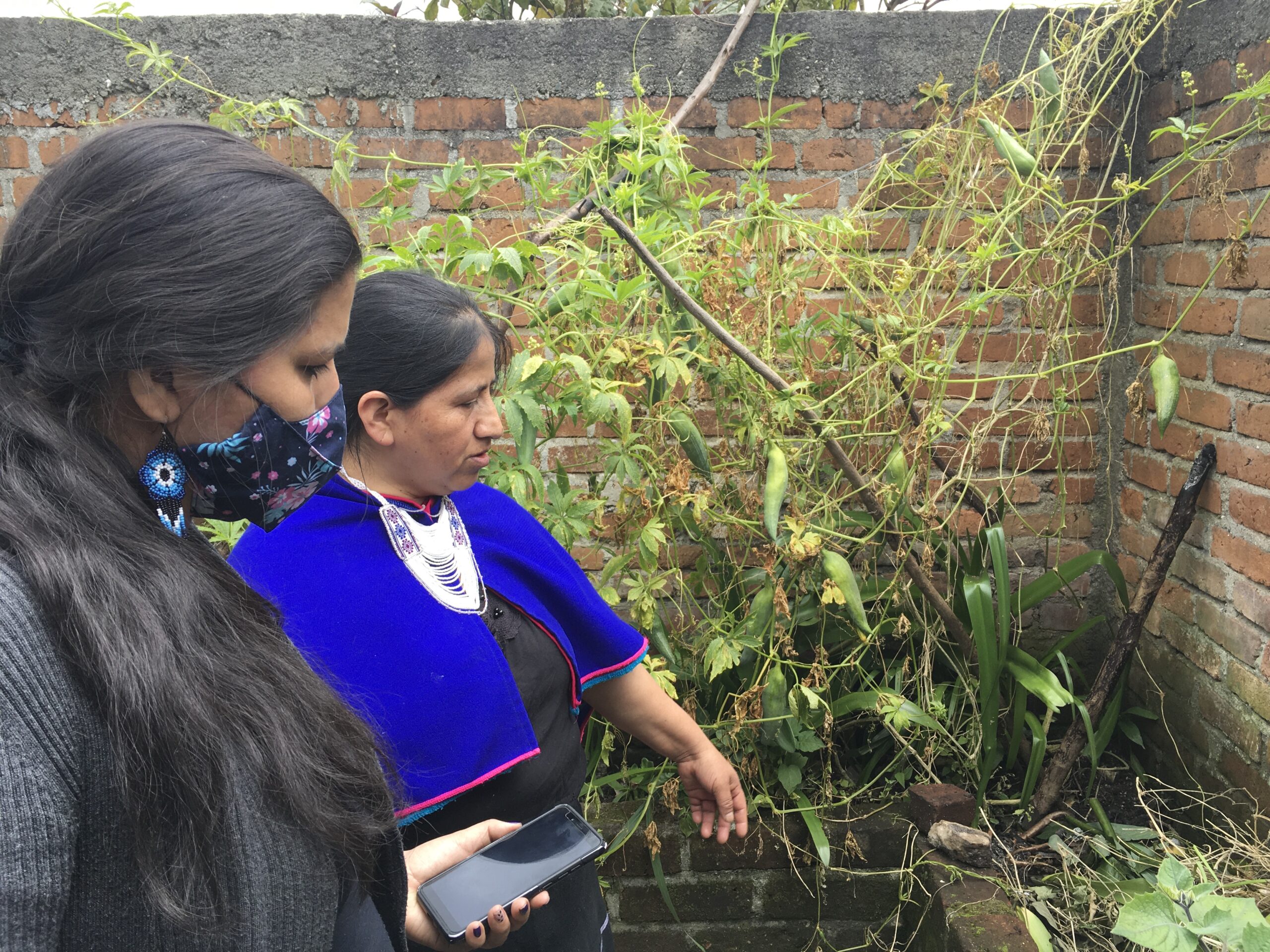 Sánchez-Jaramillo is a professional freelance journalist, lawyer, 2016 International Center for Journalists Fellow, and an awardee of the Justice for Journalists Foundation, CronosLab, and Raíz podcast Latin Clima and Claves 21 2021 grants.

“We also provide mentorship to story grantees to allow them to produce high-quality work, and our grantees remain part of our network long after they have completed their projects,” Bernstein said.

[Read the official announcement from the Internews Earth Journalism Network]

Sánchez-Jaramillo has finished her reporting for the grant and is now publishing articles in English and Spanish on the knowledge that Indigenous people have about agriculture and the role that women play on keeping ancestral practices.

“I always approach ancestral knowledge with maximum respect since I consider that scientific and Western knowledge should have equal footing,” Sánchez-Jaramillo said.

[Read Sánchez-Jaramillo’s article in English and in Spanish]

Sánchez-Jaramillo’s proposal stood out because it was very solutions-oriented, featured an engaging gender angle and tied numerous threads into a comprehensive pitch, Bernstein noted.

“We’re very interested in stories about traditional knowledge and the power it has,” Bernstein said.

While working on her EJN project, Sánchez-Jaramillo visited the Misak Community in the small village of Sivia, Cauca, in Colombia, and interviewed Indigenous women.

“Reporting from the field is crucial to the success of a story with a human angle,” said Sánchez-Jaramillo, who also produced video, audio and photos for her story.

Bernstein with EJN hopes that greater focus on the traditional knowledge held by the Misak people in Colombia can increase their credibility as environmental defenders and educate others about the importance of protecting Indigenous land rights and self-determination as part of the solution for environmental issues worldwide. 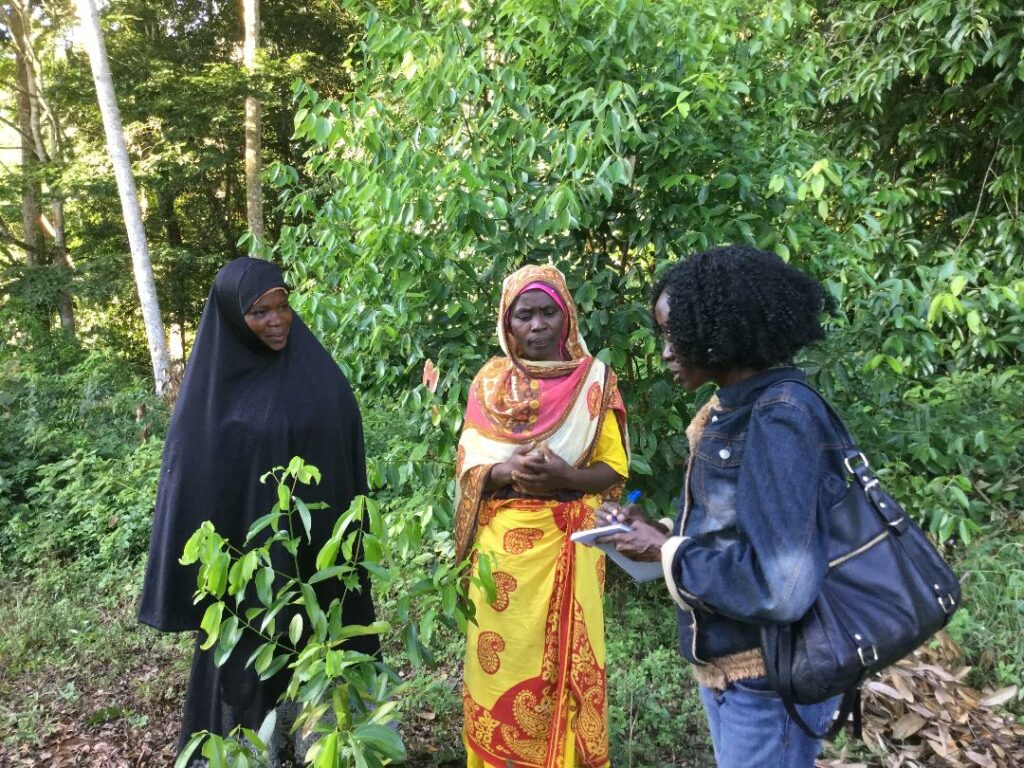 From journalism and law to the environment

Sánchez-Jaramillo said her interest in covering environmental issues began while studying law, spurred by increasing environment-related social conflicts in Colombia and across Latin America, tied to the human rights of vulnerable communities she previously covered.

As a Carter Fellow, Sánchez-Jaramillo focused on the efficiency of mental health care by the Colombian government and explored the repercussions that that sexual violence, torture, anti-personal mines and displacement had on the mental health of Colombians.

Before her Carter Center fellowship, Sánchez-Jaramillo worked for several years in Canada with people with mental health and substance use issues who were experiencing homelessness—an experience she said helped her pursue additional reporting on behavioral health in the years to come.

The Carter Center fellowship helped boost her visibility as a journalist and prompted her to apply for other fellowships, Sánchez-Jaramillo said.

After her Carter Center fellowship, Sánchez-Jaramillo’s reported on environmental issues, human rights, Indigenous rights, women’s rights, and nature rights, which looks at the Earth as a living entity with legal rights.

Her experience, as a lawyer has also allowed her to gain expertise in animal rights, which she has written often about, too.

Sánchez-Jaramillo is editing her first law book, which explores the tension between development and the environment and connects socio-environmental conflicts with human rights. She is the author of multiple books on women and compiled her Carter Center fellowship stories into a book on Colombian’s mental health.

“I hope that with the various projects I am working on, people gain awareness and empathy towards these First Nations groups and more awareness and recognition of the knowledge we could apply in our lives to obtain food while respecting Mother Earth,” Sánchez-Jaramillo said.

Sánchez-Jaramillo is in the first year of her law Ph.D. at Rosario University in Bogotá, Colombia. 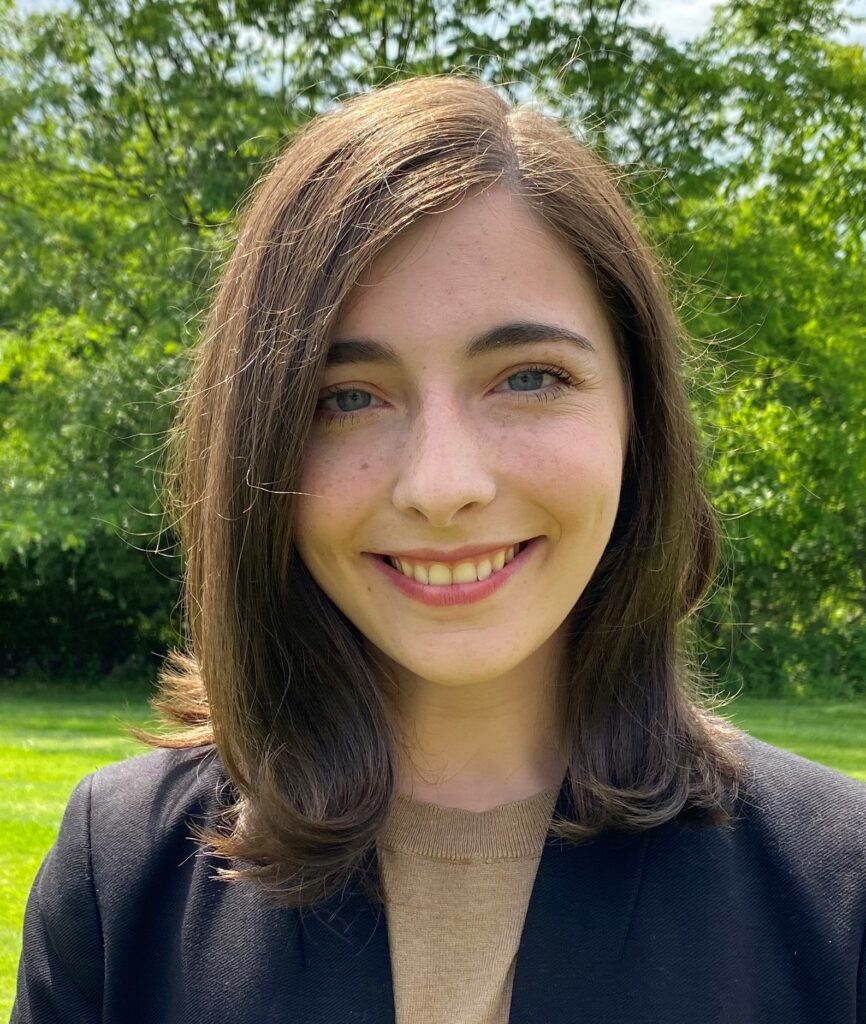 Sophia Rhoades is a graduate of the University of Tennessee Knoxville, with a degree in American Studies and minors in Political Science and Psychology. She advocated for improved mental health resources through UT Knoxville’s student government, helped increased funding and student oversight for the university’s counseling center, and created the Semicolon Project, an anti-suicide initiative. She is a Habitat for Humanity volunteer and served as president for the school’s Habitat for Humanity chapter.