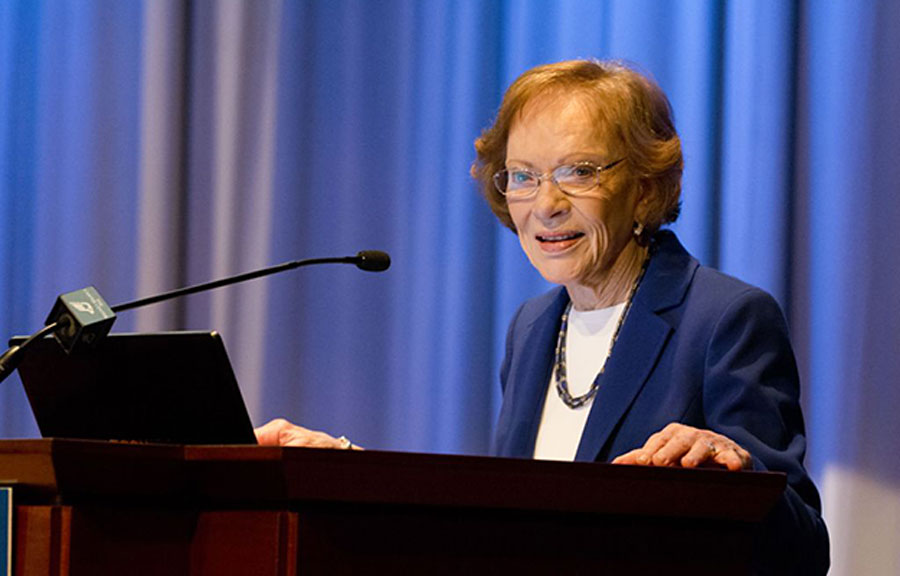 The First Lady of Mental Health: A 50-year journey

With 200 buildings and spanning 2,000 acres, Central State Hospital in Georgia was one of the largest-ever mental hospitals in the world.

But in the 1970s, the hospital was still open. And notorious for mistreating patients.

While she campaigned for her husband Jimmy Carter to be Governor of Georgia, former First Lady Rosalynn Carter was approached almost daily by distressed family members with loved ones there. 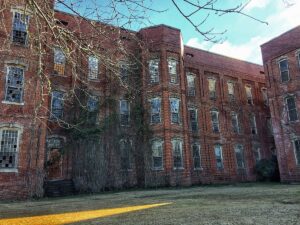 One of the dormitories of the former Central State Hospital in Milledgeville, Georgia. Founded in 1842, it was the largest mental hospital in the world, with a patient population of over 12,000. (Photo/Wikimedia)

Just before sunrise one morning, Mrs. Carter stood at the entrance to a cotton mill in Atlanta, waiting for people to get off of work, she recalled in her 2010 book, “Within Our Reach.”

The woman said she had a daughter who lived with a mental illness and that she and her husband struggled to make ends meet and care for their child.

“I’d been worrying about those in institutions and their families, but how many others were struggling to care for a loved one at home, without access to any professionals at all?” recounted Mrs. Carter in her book. “The scope of the problem overwhelmed me.”

This life-changing moment in 1970 set Mrs. Carter on a course that would consume her work for 50 years – advocating on behalf of people who have mental illnesses and substance use issues, and their families.

Soon after Jimmy Carter won the state election, the Governor’s Commission to Improve Services for Mentally and Emotionally Handicapped Georgians was created.

Mrs. Carter worked closely with commission members and on October 29, 1971, the commission issued its final report, “A Mental Health Improvement Plan for Georgia.”

Because of this seminal date, The Carter Center is honoring Mrs. Carter’s 50 years of advocacy on mental health issues during 2020 and 2021.

In the ensuing five decades, Mrs. Carter has accomplished  much. And borne witness to devastating events.

Through the Carter Center’s Mental Health Program, she hosted an annual national symposium on mental health policy from 1985 to 2016.

The event launched three Surgeon General reports on mental health, including one on the mental health of children, and another addressing gender, race and ethnicity.

It also provided an opportunity to address the mental health effects of mass tragedies like Hurricane Katrina and the terrorist attacks of September 11, 2001.

The greatest obstacles to treatment

From her time working on the first-ever President’s Commission on Mental Health while in the White House, Mrs. Carter has gathered colleagues and allies to promote parity for insurance coverage for mental health and substance use conditions.

When a health insurance plan has parity, it means behavioral health conditions are treated in the same way as other medical conditions.

A lack of parity means that many people, including children, are unable to afford behavioral health treatment.

Mrs. Carter and former First Lady Betty Ford testified before Congress in 1994 on this issue and Mrs. Carter testified again with David Wellstone, son of the late Senator Paul Wellstone, ensuring the passage of the Pete Domenici and Paul Wellstone Mental Health Parity and Addiction Equity Act of 2008. 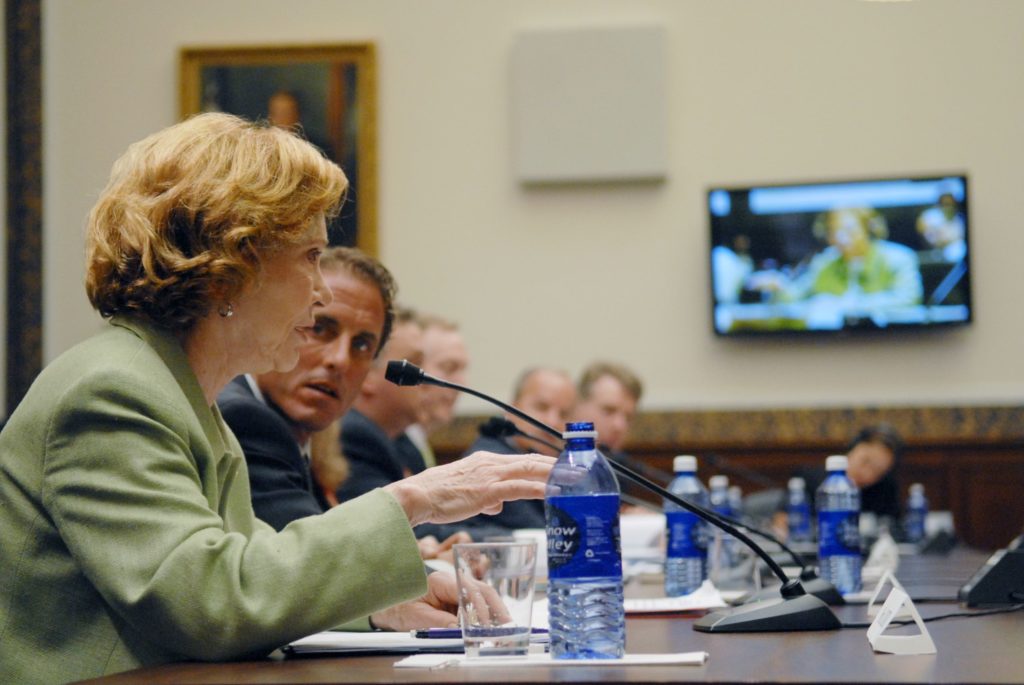 On July 10, 2007, Rosalynn Carter testified before a U.S. House of Representatives subcommittee in favor of the Wellstone Domenici Mental Health Parity and Addiction Equity Act, calling for mental illnesses to be covered by insurance on par with physical illnesses. (Photo/The Carter Center)

While Mrs. Carter advocated for mental health support and treatment, she concluded that one of the greatest obstacles to people seeking treatment and receiving the services they need is the stigma and discrimination tied to mental health and substance use conditions.

In fact, the topic for the very first symposium she held, with the assistance of the Emory University Department of Psychiatry, was stigma.

In April 1997, The Carter Center established the Rosalynn Carter Fellowships for Mental Health Journalism, the flagship program of the organization to combat stigma here and abroad.

Since then, the fellowships have awarded more than 225 journalists in the United States and abroad who have produced mental health projects in the media that more accurately and effectively report on mental health and substance use.

After leaving the White House, President and Mrs. Carter returned to Georgia and have lived in the same home in Plains since 1961.

Since 2008, Mrs. Carter and the Mental Health Program ramped up activities in Georgia.

After a series of articles in the Atlanta Journal-Constitution exposing the terrible conditions in the state’s psychiatric hospitals, the Mental Health Program began a two-pronged approach to improving the state’s public mental health system.

In the interim, the U.S. Department of Justice launched an investigation into the state hospitals that resulted in two settlement agreements between the state and the DOJ, the first in 2008 and the second in 2010.

The Carter Center and the group of advocates were named Amici curiae by the federal judge overseeing the settlement agreements.

During a very tense period during the talks, Mrs. Carter walked in and spoke to all of them.

Barkoff added: “She assured us that she had every confidence that eventually we would be able to come to consensus because everyone had the same ultimate goal – to improve the lives of Georgians who have serious mental illnesses by transforming the public mental health system from one that was hospital-based to one that is community-based.”

Since 2010, the only regular public update on the state’s progress toward meeting the conditions of the settlement agreement has been provided at the annual Rosalynn Carter Georgia Mental Health Forum.

Secondly, The Carter Center’s Mental Health Program worked with the J.B. Fuqua Foundation to develop a document outlining the essential component of an effective community-based public mental health system, “Building a Vision for Community Services for Children, Adolescents, and Adults with Behavioral Health Disorders in Georgia.”

The Mental Health Program’s activities in Georgia have grown to promoting school-based behavioral health, improving the treatment services for and ensuring the rights of older adults who have mental illnesses and getting Georgia to enforce the parity laws for insurance coverage of behavioral health conditions.

Mental health is a global issue

Mrs. Carter also has long been the leading voice around the world for mental health issues.

She and President Carter traveled to Geneva in May 2004 for the annual World Health Assembly.

In his address to the Assembly, President Carter stressed that despite the availability of treatment for mental health conditions, too many people simply have no access.

Mrs. Carter reinforced this message during a technical briefing on Mental Health and Substance Abuse that included several countries. 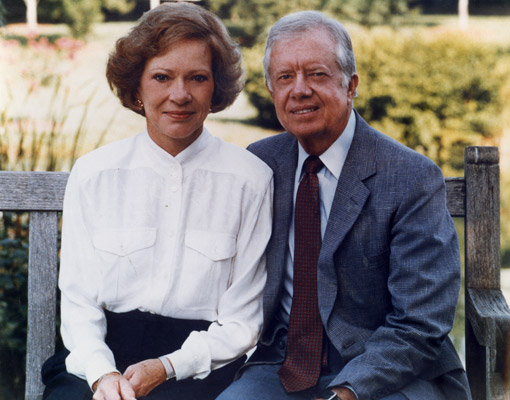 They held two meetings, the first in 1996 with 17 members from the Americas and their Ministers of Health at the Pan-American Health Organization in Washington, D.C.

The second meeting was held in 1997 with 17 European members and their Ministers of Health in Helsinki, Finland. By 1999, the Committee had 36 members.

“One important event that grew out of these two meetings was the Inaugural World Conference on the Promotion of Mental Health and the Prevention of Mental and Behavioral Disorders,” said John Gates, former director of The Carter Center’s Mental Health Program and current member of the Mental Health Task Force.

“This was held at The Carter Center in 2002 and sponsored by the WFMH and the Clifford Beers Foundation. Over twenty countries were represented,” Gates recalled.

In 2010, at the request of the Liberian Ministry of Health, The Carter Center Mental Health Program expanded its global footprint to include Liberia.

The program began by training nurses, physician assistants and midwives in treating mental health and substance use conditions.

The Carter Center provided the underpinnings for the development of a civil society advocacy organization run by and for Liberians who live with mental health and substance use conditions.

“I want people to know what I know – that today because of research and our knowledge of the brain, mental illnesses can be diagnosed and treated effectively, and the majority of those with these illnesses can recover and lead fulfilling lives…going to school, working, raising a family, and being productive citizens in their communities,” Mrs. Carter said.

Covid-19 is affecting everyone, but all insurance companies aren’t covering mental health services. Here’s what you can do.
Carter Fellow Marion Scher’s new book tells stories of lived experience and hope