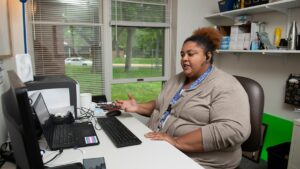 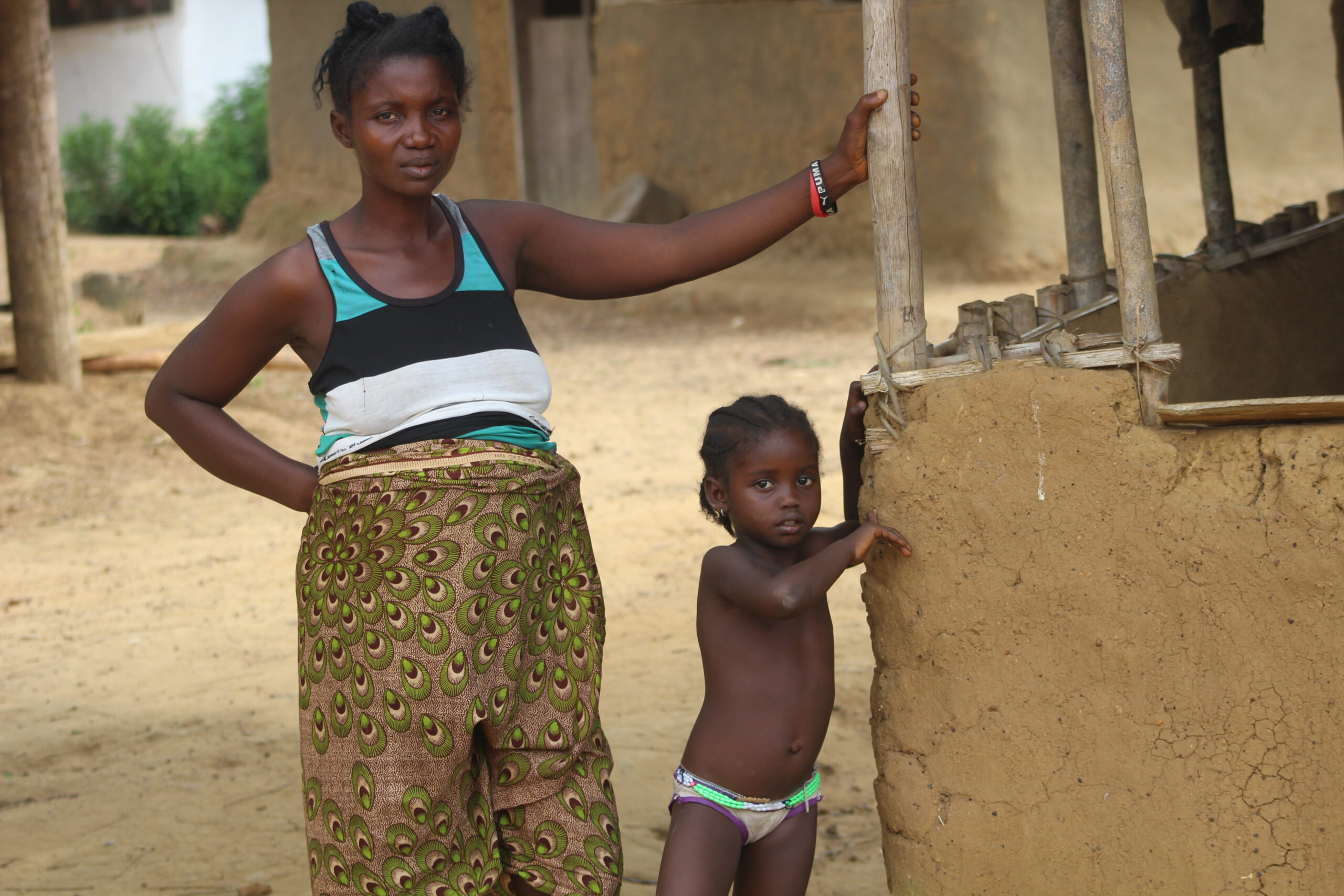 As a healthcare worker in Liberia, Caroline Saye knows all too well the challenges of providing mental health care, particularly to mothers and moms-to-be, because of too few practitioners.

It’s why Saye says it’s so important to train local nurses and midwives to shift some of their efforts to helping mothers and soon-to-be moms focus on positive mental health and how to get help.

To address this issue in Liberia, the Carter Center’s Mental Health Program is working with local organizations and the Ministry of Health to adapt and apply the Thinking Healthy Project — a perinatal depression intervention developed in Pakistan and endorsed by the World Health Organization.

“Through (Thinking Healthy), midwives identify pregnant mothers with mental health issues, support them to improve their psychological wellbeing and help create balance in facing stressful situations, which helps promote their resilience,” said Saye, who was trained in Liberia in August.

Over the next two years, The Carter Center expects to train 360 health care workers and general community health volunteers across Montserrado County and screen 19,500 pregnant women for depression.

Thinking Healthy Liberia will be implemented in over 80 public health facilities, scaled and sustained locally with the Liberian Center for Outcomes Research in Mental Health and the Liberian Ministry of Health. It is funded by The Carter Center, the Open Society Foundations and Grand Challenges Canada. 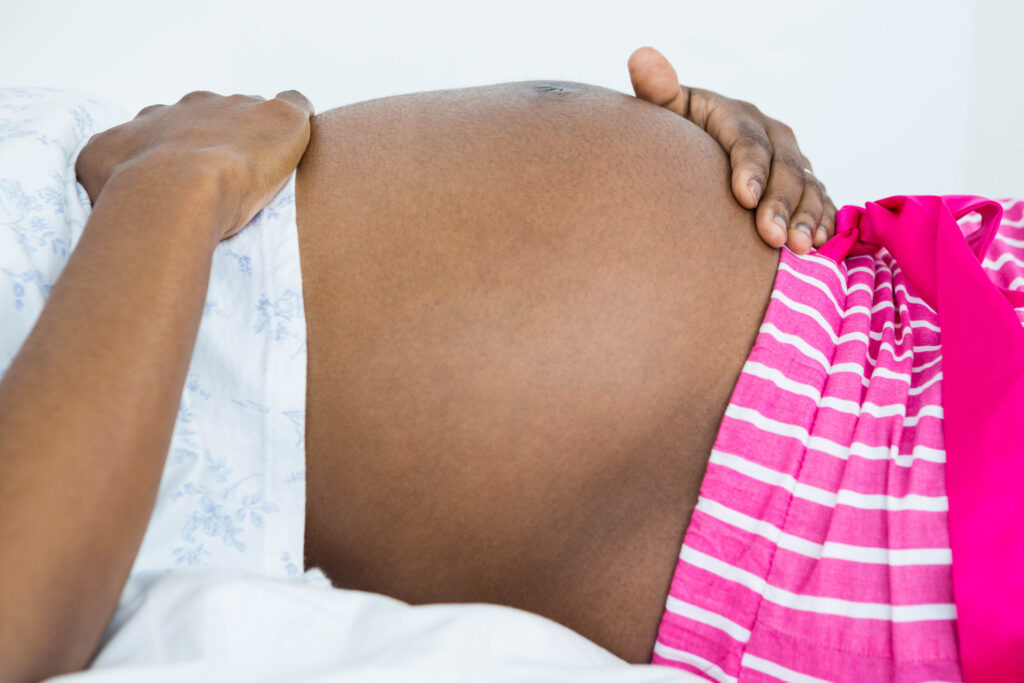 Mid section of woman touching her belly while relaxing on bed at home. (Photo/iStock)

To be sure, maternal mortality is one of the biggest global challenges to health and development.

Worldwide, about 10% of pregnant women and 13% of women who have just given birth experience a mental disorder, primarily depression, according to WHO.

In developing countries, between 20% and 33% percent of women struggle with their mental health during pregnancy and after birth, WHO notes.

And evidence suggests perinatal depression affects up to 25% of women in low- to middle-income countries. It’s also a risk factor for low birth weight, preterm delivery, stillbirth and neonatal or early childhood death.

Despite international support and financial resources, Liberia’s maternal mortality rate is 25 deaths per 1,000 live births. Some 35% of the deaths of children under five years old happen in the first 28 days of life. 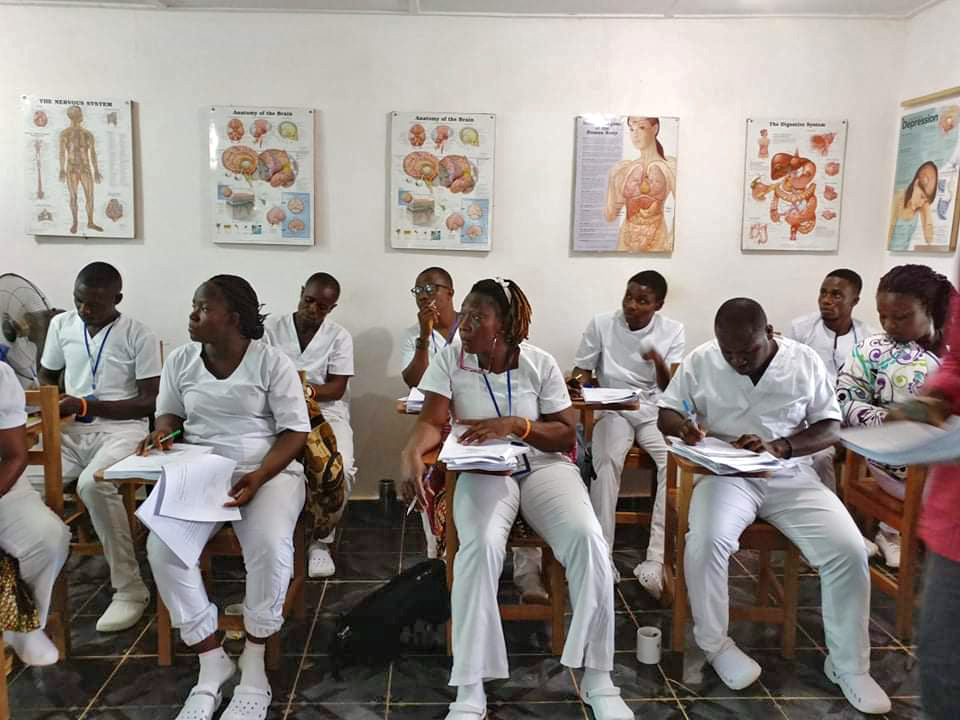 Health care workers in Zwedru, Liberia, being trained by The Carter Center and the Deanna K. Isaacson School of Midwifery on child and adolescent mental health in April 2020. (Photo/Alexander Blackie)

For years, JB wanted a son and was excited when she first got pregnant at 35. Then she had a miscarriage.

“My husband wasn’t very happy,” JB said. “I blamed myself and began to worry. I worried about everything: When I will have the next child and if that was even possible.”

JB is a healthcare worker and has faced her own mental health struggles. We’re sharing her story with permission, but using only her initials to protect her privacy.

JB was also scared of getting pregnant again and if the child would survive.

“I stopped eating, lost weight and stayed away from people because it felt easier that way to avoid being judged,” said JB, now 38.

JB is pregnant again and says the fears and worries remain.

On its own, Liberia’s 2016-2021 Mental Health Policy and Strategic Plan promotes the integration of mental health services into maternal and child primary healthcare services.

As an evidence-based, low-cost model that focuses on task-shifting, Thinking Healthy Liberia enhances the maternal health workforce and helps mothers identify “unhealthy thinking” and refocus on positive mindsets and behaviors.

It employs 16 sessions of talk therapy for women between 16 and 45 years old in their third trimester who screen positive for depressive disorder on an adapted version of the patient health questionnaire.

It’s an important step to providing comprehensive care for the most vulnerable in Liberia.

For women like JB, it can’t come soon enough.

“I hope (my fears) can go away and not affect me in anyway,” JB said. “I want my baby to grow well.”

To read more about the Carter Center’s Mental Health Program and its work in Liberia, visit cartercenter.org.