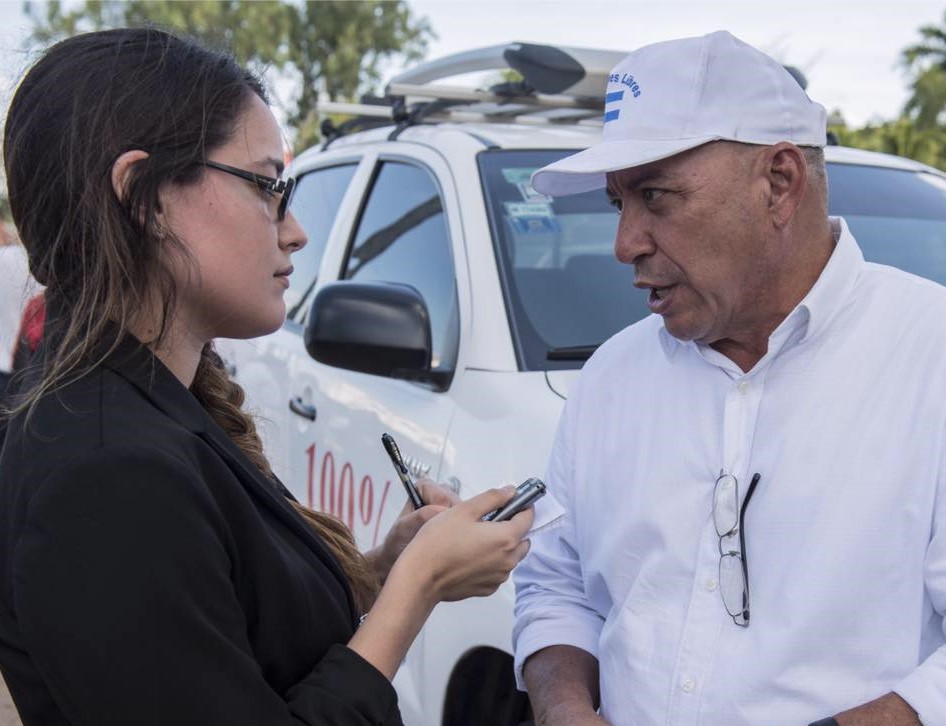 Brittny Mejia is a reporter on the Los Angeles Times’ Metro desk and a 2019-2020 Rosalynn Carter Fellow for Mental Health Journalism. This is a lightly edited version of the informal essay Brittny submitted for her fellowship application, republished with her permission. Links have been added for context. Fellowship applications are now open until April 29, 2020.

When 3-year-old Andriy explains what happened to his father, he throws himself to the ground and holds his hands behind his back, simulating handcuffs.

It’s what he remembers of the Border Patrol agents who arrested his father at the border and then later separated the two. He spent months with a foster family and when he was finally reunited with his mother, he didn’t recognize her. He called her tia, aunt.

Andriy’s separation from his father happened before the “zero tolerance” immigration policy began in 2018. That policy resulted in the separation of thousands of children from their parents, resulting in countless traumatized children.

Most recently, Jonathan White, former Deputy Director of the Department of Health and Human Services’ Office of Refugee Resettlement, said, “the consequences of separation for many children will be lifelong.”

Through this fellowship, I’m investigating and reporting the stories of what happened to the children who were separated from their parents. For some, it’s been more than a year since the separation.

In several letters to the secretary of the Department of Homeland Security last year, the American Academy of Pediatrics opposed separating parents and children, citing the trauma.

“As children develop, their brains change in response to environments and experiences,” one letter said. “Fear and stress, particularly prolonged exposure to serious stress without the buffering protection afforded by stable, responsive relationships — known as toxic stress — can harm the developing brain and harm short- and long-term health.”

Being taken from their parent or caregiver made the children susceptible to “learning deficits and chronic conditions such as depression, post-traumatic stress disorder and even heart disease,” according to Dr. Colleen Kraft, president of the American Academy of Pediatrics.

Over the past year, I have focused on stories about immigration and race. I’ve spent time with families in Mexico and all across California. I spent months reporting on Andriy’s case and with another mother whose 1-year-old son would wake up crying after being separated from his father.

For my project, I’ve been following families across the country through contacts I made with immigration organizations, the ACLU and with a child psychiatrist I have interviewed extensively about her work with children dealing with this trauma. I’m spending time with each family to understand the long-term impact of these separations and how their trauma is being addressed.

Through the stories of these children, I hope to bring more attention to the need for more support for these families after they are reunited.

As I reported my story last year, the U.S. Department of Health and Human Services told me that once a child is placed with a parent, relative or other sponsor, “the care and well-being of the child becomes the responsibility of that sponsor. For the great majority of children who are released to sponsors, HHS does not provide ongoing post-release services.”

For those families who are staying in the U.S. to fight their asylum cases, many do not have the money to afford a therapist to help their children sort through the trauma they experienced. Others who were deported to their countries don’t have the ability to travel from rural towns to bigger cities to receive the care needed.

I am exploring solutions and evaluating what happens to these children once they are returned to their families. In the coming months, you’ll see a series of written stories and data visualizations published in the Los Angeles Times.

Reporting on immigration is incredibly important to me and I’ve worked hard to shed light on immigrant populations.

Last year, I wrote about a 17-year-old boy who received a dental exam that determined he was 18. Although he said he was a minor, he was placed in an adult detention facility. It wasn’t until his birth certificate arrived that he was able to prove he was a minor and was removed from adult detention.

I’m now working on a follow-up diving into the number of age determination exams approved and the impact on those who have been wrongly classified as adults.

Through this fellowship, I am providing an in-depth look on these migrant children and the impact of family separations.

[Related: She tried everything to treat her complex PTSD. Now she’s writing a book for herself — and others]

Applications for the Rosalynn Carter Fellowships for Mental Health Journalism are open to U.S. journalists until April 8, 2020. CLICK HERE TO APPLY.